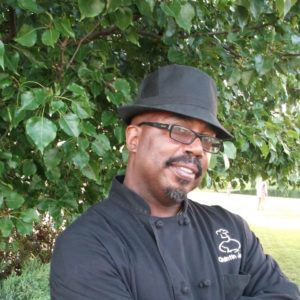 Quintin, had worked as a chef at Noggin’s for five years. He grew up in Warrensville and attended Warrensville Heights High School. After graduating, he went into the U.S. Army. He did three years of active duty and then spent 25 years in the Army Reserve. He started cooking while in the Army, and, in 1984, spent a year in Cuyahoga Community College’s culinary program.

Over the years, Jones has worked at several restaurants in the Cleveland area, including Moxie, the Oakwood Country Club and Lopez y Gonzalez. He also had his own restaurant, Q’s Diner, on Bellaire Road near West 130th Street.